What is A Speed Lathe – How to Change Spindle Speed | CNCLATHING

Unlike ordinary lathes, numerous different speeds can be achieved by the use of AC motors on a variable speed lathe. What is a speed lathe and how does it work? Let’s learn about it and how to change the spindle speed on your machine tool. 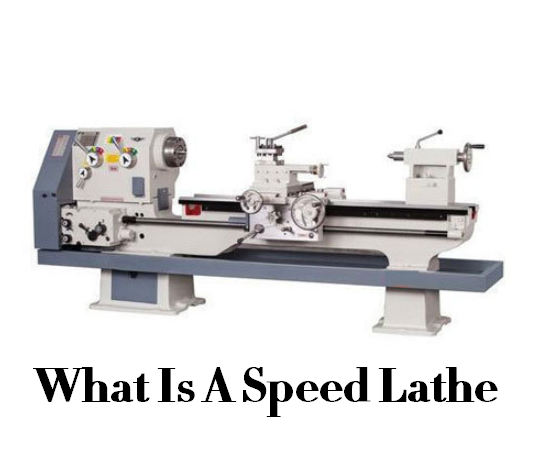 What Is A Speed Lathe?

A lathe is a machine tool that performs a turning operation to remove unwanted materials from a workpiece rotated against the cutting tool. A lathe is characterized as affecting a workpiece in a symmetrical way, which is done by spinning the part. A speed lathe is a type of lathe that runs much faster than an ordinary lathe. These machines are usually only used for small tasks, such as finishing a part of removing burrs left by early manufacturing steps. Increasing speed is usually achieved by changing the motor speed of the lathe, these changes enable the lathe to get a required faster speed. A speed lathe is a type of finishing lathe, with much smaller motors and sizes, generally sit on a worktable, can’t perform some tasks that larger lathes do. A speed lathe has a faster speed and a more robust braking system, which makes the operators can operate on more pieces per work cycle, increasing productivity and output.

– A power lathe with a rapidly revolving spindle, for turning small objects or polishing.

– A small lathe with high speed is adapted for drilling.

Twister speed lathes generally have a collet closer and are fast and low-powered compared to an engine lathe. They are designed for deburring, polishing, removing material and precision cutting. Some lathe operations leave burrs and it can re-chuck it and work it off afterward. They can be moved and setup anywhere.

How to Change Spindle Speed?

– Select “SPINDLES” from the Manual Control options by touching the right selection on the display.

– On the operator control box, turn the “SPINDLE SPEED” potentiometer right (higher number) to increase the RPM or turn it left (lower number) to reduce the RPM. The spindle speed will be displayed on the screen.

How to Calculate Spindle Speed: Turning Speed and Feed Calculator